The Secretary of State reported that the delegation attended the opening of the Rector’s Forum in Tashkent the day before and then held talks with the Uzbek Minister of Higher Education, the Deputy Minister of Foreign Affairs and the heads of the Ministry of Energy, Education and Science and Innovation.

Orsolya Pacsay-Tomassich said the members of the rector’s delegation had successful cooperation talks with Uzbek state university rectors and county executives, where they exchanged views on exploring future networking opportunities.

The primary area of ​​Hungarian-Uzbek bilateral educational and economic cooperation is the transfer of knowledge in agriculture and water management, secondarily the field of medicine, architecture and civil engineering, and the field of technical management and finance.

During the discussions, Orsolya Pacsay-Tomassich invited Uzbek Deputy Foreign Minister Gayrat Hazilov to pay an official visit to Hungary, who will give a lecture on behalf of the World Economy and Diplomacy Institute (WEDI) as guests of the Hungarian Diplomatic Academy in Budapest. WEDI has an exceptional university status in the Uzbek capital, similar to that of the Vienna Diplomatic Academy.

He emphasized that the opening of Uzbek foreign policy in recent years bears similarities to the “Eastern Opening” of Hungarian foreign policy in many respects and that there are still many untapped opportunities in bilateral relations.

As an example, she mentioned that the University of Debrecen is planning to build an Uzbek university campus, in preparation for which the Uzbek Minister of Higher Education, Abdukodir Toshkulov, may soon visit the city of the Great Plain.

In connection with the Stipendium Hungaricum (SH) Excellence Scholarship Program, the Secretary of State underlined that 11,000 foreign university students are currently studying in Hungary, of which 100 are available to Uzbek university students to study in Hungary, for which there were three applications last year. The Secretary of State considered it important to further internationalize the scholarship program and to make more effective use of Uzbekistan’s regional economic opportunities.

Orsolya Pacsay-Tomassich pointed out that the opening meeting of the Uzbek-Hungarian Rectors’ Forum had originally taken place during the visit of Prime Minister Viktor Orbán in March 2021. During the spring visit of the Prime Minister, Hungary and Uzbekistan signed a strategic partnership agreement.

Minister of Foreign Affairs and Trade Péter Szijjártó visited Uzbekistan twice in 2020 and once in 2021. The Foreign Minister’s visit followed the current negotiations, which resulted in the signing of a total of 28 inter-university agreements, which could give a new impetus to bilateral relations, and a decision was made to hold the 2nd Hungarian-Uzbek Rectors’ Forum in Budapest in the near future. 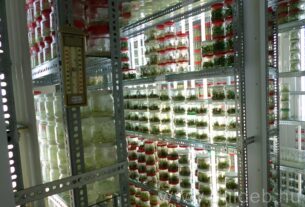 New patent at the Faculty of Agriculture 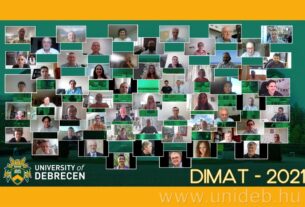 The DIMAT Conference has come home 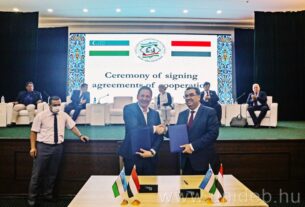 Knowledge transfer between UD and Uzbekistan