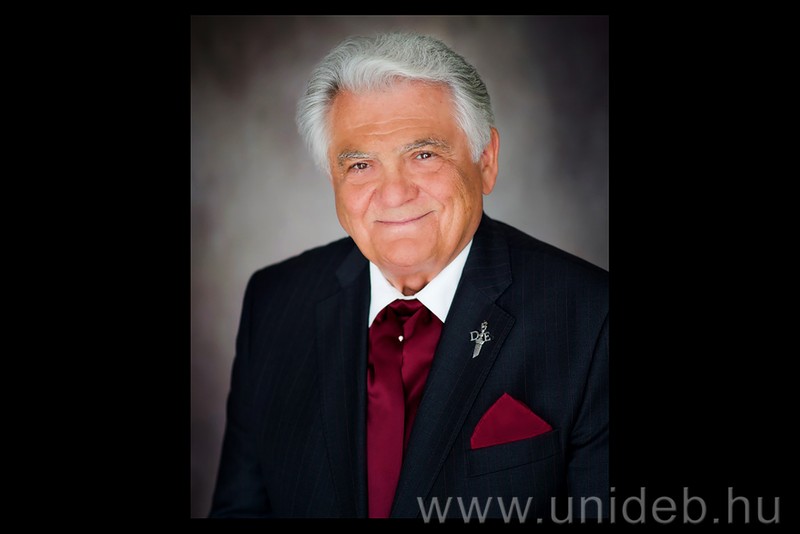 Árpád Péterffy, professor emeritus of the University of Debrecen, a leading figure in domestic and international heart surgery, and honorary citizen of Debrecen, passed away at the age of 84.

Árpád Péterffy was born on February 17, 1938 in Cluj. Following in his father’s footsteps, he chose the medical profession. He completed his university studies at Marosvásárhely University of Medicine and Pharmacy, where he obtained a general medical degree in 1960. After that, he worked as a district and mine doctor in Kapnikbánya for three years, and after passing the sub-medical exam, he started his thoracic surgery hospital practice in 1964, which is necessary to obtain the specialist qualification. In 1968, he passed the thoracic surgeon’s specialist medical examination and then settled in Sweden in the same year. In 1974, he qualified as a thoracic and heart surgeon, and in 1975 as a general surgeon. From 1974, he was a student and colleague of the world-famous Swedish heart and thoracic surgeon professor Viking O. Björk at the Thoracic Surgery Clinic of the Karolinska Institute in Stockholm, in the position of specialist, then assistant chief physician and associate professor. He defended his doctoral thesis at the Karolinska Institute in 1980, earning the title of “Doctor of Medicine”, and in 1982, after passing more exams, he obtained a habilitation and private teaching qualification in thoracic and heart surgery.

In 1983, the Debrecen University of Medical Sciences won the II. s. He was appointed director of the Surgical Clinic, with which he was appointed a university professor at the same time. In accordance with expectations, he considered the development of cardiac surgery to be his primary task, but also ensured progress in the field of general and thoracic surgery. As a result of his extensive professional experience abroad and his dedicated work, the number of heart surgeries has increased several times in a few years, operative mortality has decreased significantly, and he has also introduced many new types of surgery.

For the further professional development of the clinic, he considered it essential to train a well-trained team of professionals. In order to increase the knowledge and skills of his employees, he organized numerous study tours and scholarships abroad for young heart surgeons, anesthesiologists, and specialists, who could learn the most modern heart surgery and anesthesiology techniques and methods in practice, which they could transfer to the domestic environment upon their return.

The quantitative and qualitative development in cardiac surgery in Debrecen grew out of the previous II. s. Frames are provided by the Surgical Clinic building. Recognizing this, Professor Péterffy created the conditions for the creation of a new heart surgery clinic with steadfast work, which was handed over in 1993. This opened a new perspective in the development of cardiac surgery in Debrecen, as a result of which the clinic performed 1,000-1,300 open heart surgeries per year, making it one of the flagships of Hungarian cardiac surgery and an internationally recognized center.

Professor Péterffy was a member of numerous domestic and foreign scientific societies and professional colleges. Between 1997-2000, he also held the position of president of the Hungarian Heart Surgery Society. In recognition of his outstanding professional work, the introduction of modern heart surgery at our university, his outstanding activities to raise it to European standards, and his efforts to create a school, he received numerous domestic and foreign awards and prizes.

After his retirement in 2008, he worked as a professor emeritus at the clinic, continuing to fully commit to supporting the development of cardiac surgery in Debrecen and preserving its reputation.

With his death, the University of Debrecen, Hungarian medicine, and domestic and international heart surgery have lost one of their outstanding figures. 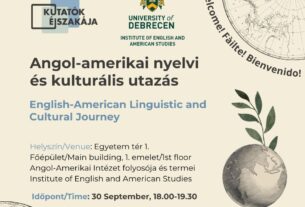 Researchers’ Night at the Institute of English and American Studies: an exciting program for everyone 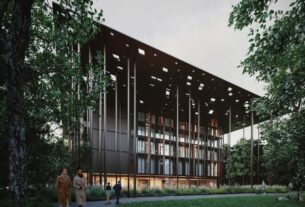 This is what the UniGreen Hotel will look like 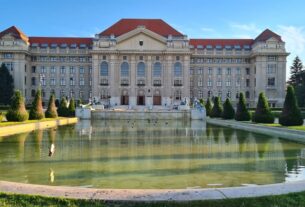 Some investments were stopped at the University of Debrecen